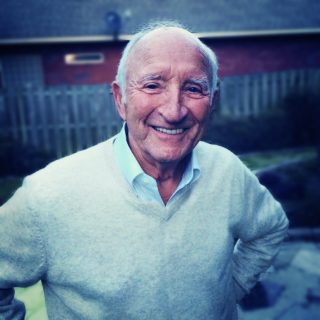 Contact John Sherman
General John Sherman Crow was born in Bastrop, Louisiana and graduated Bastrop High School in 1955. He received the BS degree from Northwestern State College of Louisiana in 1959.

He entered active duty at Fort Knox, Kentucky in 1959 as a Cavalry Officer and began what lead to an extensive and impressive command history. He commanded tank and cavalry units at every level, among these, a tank squadron in the 11th Hussars, a British Regiment, 3rd Squadron, 3rd Cavalry Regiment, the 49th Colonel of the famous 11th Cavalry Regiment (Blackhorse) and his last tactical command was as Commanding General, 2nd Armored Division (Forward).

Crow had an equally impressive series of staff assignments on the Army Staff and as Deputy Director for Operations, Office of the Joint Chiefs of Staff.

General Crow received the MBA degree from the University of Alabama in 1973, graduated from the National War College in 1979 and was made a National Institute of Higher Defense Studies Fellow in 1983. Many will remember then Colonel Crow in a 60 Minutes interview with Mike Wallace along the East/West German border while Crow commanded the famous 11th Cavalry Regiment (Blackhorse).

He is a decorated combat veteran with numerous awards for valor and meritorious service. He was the 2012 recipient of the Order of Saint George Gold Medallion, Cavalry and Armor’s most prestigious award.

General Crow is retired and resides in his home state of Louisiana.